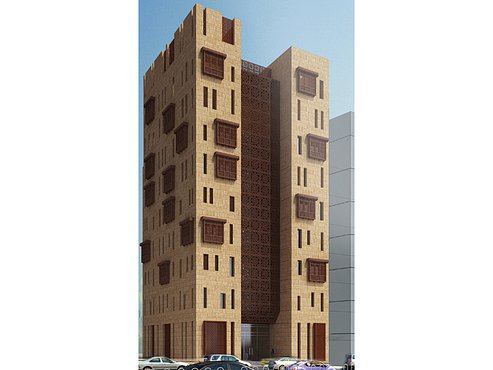 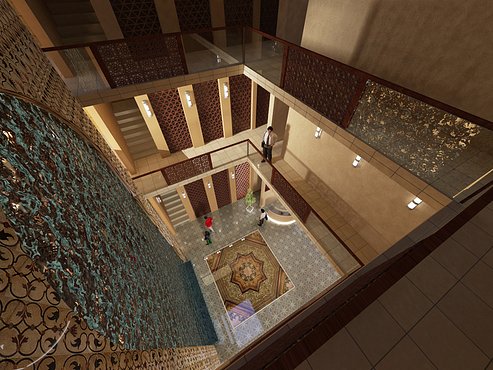 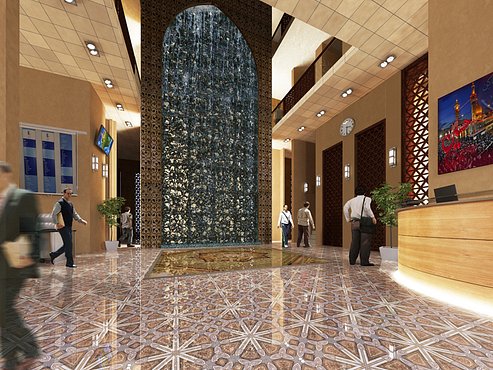 The design brief is for an 8 storey office building with one basement, in the holy  city of Karbala. The Building is the headquarters of the “general Directorate of the  Holy Shrine of Imam Hussein” with modern office spaces, meeting and conference rooms.

The concept design is based on the history of Karbala and the Holy Shrine. The  design of the building merges the traditional with the modern architecture. The  building is composed of two blocks (inspired by the Holy Shrine) that are linked  by an atrium, which symbolizes the public space linking the Holy Shrines.

The atrium  is a source of light and visual connectivity between the  floors, it is animated by a sculptural water wall feature, which drops the total height of the building and provides a certain degree of temperature control by cooling the air.